Tim Hauserman | Special to the Bonanza

Learn more, and to donate

The Thunderbird Preservation Society is reaching out for help to complete the rest of the restoration so they can preserve for the future what might be America’s most valuable pleasure craft.

The Thunderbird Yacht reportedly has an estimated value of more than $5 million. Visit thunderbirdtahoe.org to learn more or to make a tax-deductible contribution.

INCLINE VILLAGE, Nev. — Anyone who has spent much time at Lake Tahoe has seen, and even more likely heard, the Thunderbird.

It’s the iconic 55-foot-long wooden yacht that has been plying Tahoe’s waters for 75 years.

George Whittell, the eccentric recluse who once owned much of the east shore of Lake Tahoe, had it built by John L. Hacker in 1940. Whittell also constructed a 100-foot long boathouse to house it, with a 600-foot long tunnel between his boat and residence.

The Thunderbird’s sleek mahogany brilliance is only matched by the distinctive purring sound of those two delicious World War II aircraft engines.

But now, after 75 years, the Thunderbird is a bit wore out and in need of some tender loving care.

Spearheading the restoration for the nonprofit Thunderbird Preservation Society is Bill Watson, chief executive and curator for both the yacht and Thunderbird Lodge.

“As the water levels were down and we couldn’t operate this year, we decided to use this window of opportunity to refurbish,” said Watson.

The upgrade began with an overhaul of the engines, which came from a P-38 Lightning aircraft. The engines were repaired at Vintage V12s, a vintage engine restoration company based out of Tehachapi, Calif.

“They did a phenomenal job restoring them like new. The engines are now awaiting installation,” Watson last week.

Now, the old girl is spending the winter having her bottom restored.

“It’s the first totally new bottom in 75 years. Parts have been refurbished in the past, but no one has ever done a complete restoration,” Watson said. “All the planks are coming off and replaced with Honduran mahogany which we found in Gulf Port, Miss.”

The work is under the supervision of Dave Triano, of Triano Marine Design, but in order to reduce the substantial cost (around $200,000), much of the work is being done by volunteers, who are spending the winter working on the project.

The goal is to have the Thunderbird in pristine condition and back on Lake Tahoe’s water by May 15, in time for the 2016 summer season.

“It’s complicated,” said Watson. “Some of the structure needs to be reinforced. It is more then replacing planks on the bottom. The frame is being stripped, inspected and repairs made if needed. All the hardware also has to come off, and most of that needs refurbishing as well.”

Watson says there was a debate among the folks charged with planning the restoration: Should it be restored using the original wood bottom configuration — or use a plastic bottom, which might be more durable and less expensive?

There were advocates in both directions, but in the end it was decided it was “incumbent on us to restore an artifact in a way that models the techniques and practices of the historic craftsmanship,” Watson said.

“We felt obligated to build no better or worse than Hacker intended,” he added.

‘THE BEAUTY OF THE BOAT’

Once it gets back on the water, the Thunderbird serves more of a purpose then just being pretty and sounding cool.

The Preservation Society has a partnership with the Make a Wish Foundation, giving those who are suffering a chance to spend time on this amazing boat.

The yacht is also used for a hands-on history program with all the local school districts, focusing on fourth- and fifth-grade students learning about maritime history.

Part of the cost of maintaining the boat is paid by groups of people who are lucky enough to charter the boat for an evening or a day.

Both the restoration and the estimated $150,000 to 200,000 a year needed to maintain the boat is entirely supported by charitable gifts to the Preservation Society, which also maintains the Thunderbird Lodge.

One strong financial supporter of the effort is Jake Rudisill.

“Three things attracted me to the boat: The power of the aircraft engines. They are the same ones used in the P-38 which I’m in love with,” Rudisill said, adding, “The beauty of the boat, the whole appearance of an aircraft on the water. It’s the most beautiful boat around. And the history. Great shakers of the world have been involved with this boat.”

“I’m a wooden boat nut, I have a couple of them. But the Thunderbird is one of the largest wooden pleasure boats ever made,” he said. “I’ve been supporting it for a number of years. It needs to be preserved — it was made for this lake.” 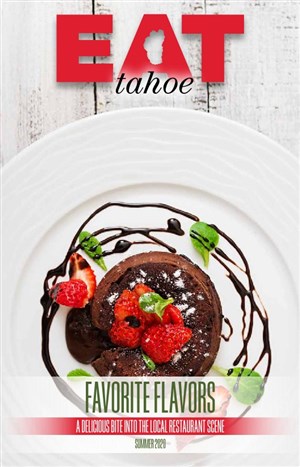