Kosta Browne specializes in pinot noir and chardonnay wines sourced from vineyards in the Russian River Valley, the Sonoma Coast and the Santa Lucia Highlands. They divide their wines into three categories:

Appellation Wines: These wines feature fruit sourced from different vineyards in a specific appellation. “These give us a broader scope and allow us to have a little larger production while still capturing the beauty of the regions.”

Single Vineyard Wines: These wines come exclusively from single vineyards like Keefer Ranch (Russian River), Gap’s Crown (Sonoma Coast), or Pisoni (Santa Lucia Highlands). “We make, I think, nine single vineyard wines now and it is an exercise in isolating a single spot, a single place and getting the most out of that vineyard.”

The Winemaker Series: Small production wines made from the best of the best. “We call these California wines” because they select only the best lots for the blends. They make a wine from four barrels from each vintage and blend them together.

If you love pinot noir then you know the wines from Kosta Browne. Over the past twenty years the “boys from Sonoma” have been making some of California’s, and the world’s, best appellation designated and single vineyard pinot noir and chardonnay wines.

“I guess it really all stems from our passion about pinot noir” Dan Costa said in recent interview about the past, the present and the future of the eponymous label he started with his friend Michael Browne in 1997. “You can’t engineer wine, it comes from the heart.” The quote is quintessential Kosta, an engaging, down-to-earth soul who just happens to have seen his passion blossom into one of the great American success stories in recent years.

In the late 1990s Dan was working on a fine career in the restaurant business as the operations manager and wine director at John Ash & Co. in Santa Rosa, California. There, he met Michael Browne and his life changed. The two would spend hours tasting and talking about a shared obsession, pinot noir. Inevitably a decision was made: they had to stop just drinking wine and start making it. Tapping the only resources they had, the two pooled their collective tips with an eye towards buying grapes.

“You know I can’t even tell you exactly where the fruit came from,” Dan said with a laugh, recalling the first purchase the pair made, a half ton of pinot grapes from the 1997 vintage. “It was a teeny vineyard off of East Side Road in the Russian River Valley.”

They also bought a used barrel and a hand cranked de-stemmer/crusher. “We kind of felt like if we were going to be in the wine business we had to have some of our own equipment and that was all we could afford.”

But a barrel was made and the two had transformed from “wanna-bes” to winemakers. Over the next decade they focused intently on producing the best wines possible from the best sources they could find. The Kosta Brown style is to make wines that are intense, flavorful and balanced.

The formula and the flavor profile of the wines resonated with pinot aficionados and the wines became legendary. They created a business model, along with a third partner, Chris Costello, that emphasized direct sales to consumers and allocations to a limited number of restaurants. It worked.

In 2009, in the heart of the great recession, Vincraft, a wine investment group bought a controlling interest in Kosta Browne for a reported $40 million. While the rest of America was reeling, the boys who had been putting tip money in an envelope just a few years before were suddenly the talk of the wine industry.

That same year they struck even greater gold. The 2009 Sonoma pinot noir vintage was epic and Kosta Brown made eleven wines from it. Their 2009 Sonoma Coast Pinot Noir, made from fruit sourced in three cool climate vineyards, Gap’s Crown, Terra de Promissio, and Walala went on to be named as Wine Spectator’s #1 wine of the year in 2011. An accolade that is the equivalent in the wine business to a Super Bowl win.

THE PRESENT AND FUTURE

Today Kosta Brown makes close to 20,000 cases of wine a year in their facility in Sebastopol, California. In 2015 a Boston-based private equity firm, J.W. Childs Associates, purchased the controlling interest for an undisclosed sum in deal which allowed Dan, Michael and Chris to maintain 40% ownership.

“It’s fun because our new partners love wine,” said Dan about the purchase. “We have been able to get lots of new investment in the winery and it looks great.”

But the real fun comes in Kosta Browne’s acquisition this past August of an exceptional vineyard in Mendocino County’s Anderson Valley, a sweet spot for great cool climate pinot noir. The Cerise Vineyard, high above the town of Boonville, has been know to produce high-quality fruit that many suggest is of “Grand Cru” quality.

“We’re looking forward to ‘living’ in that vineyard a bit and taking some time to see exactly what we have,” said Dan. “Our standards are very high and we think this acquisition will just take our quality to another level.”

He does not rule out other purchases as well. “Were open to a lot of things,” he muses.

In a world where business plans and finances drive so many businesses it is refreshing to find one built on dreams, heart and good taste. “It’s hard to believe and sometimes we’ve got to pinch ourselves.” He said, “We set a dream and achieved it.”

It doesn’t get more American than that.

Kelly J. Hayes lives in the soon-to-be-designated appellation of Old Snowmass, Colo., with his wife, Linda. He can be reached at malibukj@aol.com. 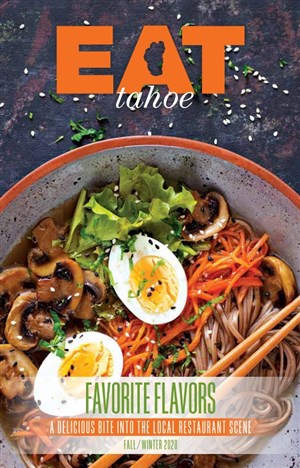 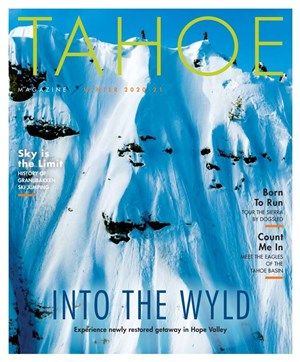