RENO – Nevada continued to endure a plague of lightning-sparked wildfires on Wednesday, but winds died down and an approaching rainstorm – complete with a flood watch – held the potential of dousing some of the flames.

In all, about 140,000 acres of the state has been charred since lightning began sparking dozens of fires over the weekend. Of 33 large fires burning in the U.S. and being tracked by the National Interagency Fire Center, 10 are in Nevada.

Cooler weather helped an estimated 1,400 firefighters on the fire lines statewide make progress against the two big fires of most concern, but late afternoon winds fanned a pair of newer fires north and east of Reno, forcing the temporary closure of stretches of two highways.

The Lineham fire, which began Monday just east of Carson City near the historic Pony Express trail, was estimated at 5,000 acres on Wednesday. About 200 homes were threatened Tuesday, but most residents who chose to leave were returning to their homes.

“The lines are pretty well holding,” said Kathy Jo Pollock, a spokeswoman for the fire management team in Carson City.

“We haven’t had any troubles today at all,” she said Wednesday.

Three consecutive days of high temperatures, low humidity and dry lightning was forecast to give way to a wet West Coast system, with a possibility of heavy rain. A flash flood watch was posted for the Reno-Carson City area.

“We’ve got a lot of cloud cover, the humidity has come up and the temperatures are a lot cooler,” Pollock said. “Any type of winds will still be a concern for us.”

Some 300 miles to the east, range fires continued to consume vast tracts of grass and sagebrush.

The 78,300-acre Suzie blaze burned toward a subdivision in northwestern Elko, but stopped 1 1/2 miles short at a green belt. No one was evacuated and the fire was estimated to be 20 percent contained Wednesday night. Interstate 80, which was closed temporarily Monday and Tuesday, remained open near Elko, but fire officials warned that smoke was obscuring visibility.

East of the Suzie fire, the Elburz fire blackened 9,600 acres before it was contained. The Sneekee fire burning 7,200 acres southwest of Elko was estimated to be 50 percent contained.

“Firefighters on all three large fires in Elko County got a good break from the weather today,” said Jeff Arnberger, assistant fire management officer for the Bureau of Land Management in Elko.

Fire officials declared the Sage fire in north-central Nevada fully contained at 20,000 acres. But a new blaze, the North Antelope fire southeast of Midas, had scorched an estimated 5,000 acres. The 7,700-acre Sherwood fire was 70 percent contained southwest of Ely.

About 30 miles east of Reno, a 400-acre wildfire in Lyon County forced the Nevada Highway Patrol to shut down a 15-mile stretch of U.S. Highway 95-A connecting Fernley to Silver Springs at U.S. Highway 50 but it reopened several hours later.

Authorities also closed State Highway 447 at Nixon on the south end of Pyramid Lake about 15 miles north of Interstate 80 after strong winds kicked up and a 150-acre fire escaped control lines about the same time. It was expected to reopen sometime Wednesday night.

No injuries have been reported and no structures have burned in the Nevada fires.

Elsewhere, Zion National Park in Utah remained open to visitors Wednesday, despite the closure of nine of the park’s hiking trails due to a wildfire. The Kolob fire had burned about 17,630 acres – most of it inside the park – since it started Saturday.

The fire is 40 percent contained, with the most active burning on its north edge in very steep, rocky terrain. Hiking trials in the area are closed, park spokesman Murray Shoemaker said, but that is a little-visited area of the park.

Meanwhile, the Jarvis fire, about 10 miles southwest of St. George in Utah’s southwest corner, had grown to 41,447 acres Wednesday. It was listed as 24 percent contained.

In Arizona, most of the 200 employees stranded on the Grand Canyon’s North Rim by a wildfire were escorted out of the park Wednesday, a day after some 800 stranded tourists were taken out. About 30 employees will remain indefinitely to maintain operations at the North Rim, park spokeswoman Maureen Oltrogge said.

They were stranded when a fire burning 30 miles away closed the main road into the isolated North Rim. The 58,470-acre fire is not a threat to those at the North Rim, Oltrogge said, and the much more popular South Rim of the canyon is not affected. 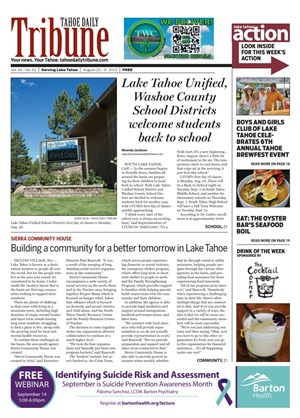