As long as national snowboard champion Dustin Singler feels his ankle’s 85 percent, he’ll give his title defense the full 100 percent.

Singler, 19, is eyeing the 2000 USASA Nationals, which start Tuesday at Waterville Valley, N.H., with rare aggression for a rider entering a higher age bracket with a bad ankle. His crippler – basically a backflip in the halfpipe – took on a cruel nuance when he re-injured his ankle landing the trick two weeks ago at the Junior World Snowboarding Championships in Les Menuires, France. But Singler has had time to rest his ankle, and has set his sights high for nationals.

“This is, like, my last contest of the season,” Singler said. “There’s no way I’m letting it slip away.”

Singler rated the competition in the elimination rounds at nationals as similar to Junior Worlds. So he’ll stick with his normal run despite the ankle. In France, he nailed it on his first run – a crippler, with a backside indy grab next, then a frontside 540 lean, to a backside method air. If there’s enough pipe left before his run ends, he’ll throw in a crippler 720 and a Caballerial 360 tail grab.

“It’s a pretty strong run,” he said. “It’s playing to the judges a little bit, which is what you need to do.”

But boardercross is the event where Singler will try to defend a national title. So he’s concentrating on that and the halfpipe.

“Boardercross is my favorite because there’s no judge,” Singler said.

He’ll have five days to recover from the injury before he has to be on the mountain for his first practice day. But after a week off of it, the ankle already feels better, and Singler is ready to leave Sunday. While his ankle is still sore, it did feel better when Singler put on a pair of boots and strapped on his board to test it out.

“Every day, it gets a little bit better,” he said.

Even if his ankle’s as stiff as the competition at nationals, Singler sounds ready. He has a season’s worth of pro events – including stops at the Grand Prix, Triple Crown and American Snowboard Tour series – behind him. He also has the experience a lifetime of riding at Tahoe brings.

“Being from Tahoe and riding in these nationals before kind of puts me at an advantage,” Singler said. 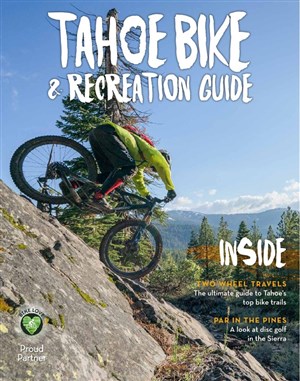